The latest management information figures from HMCTS shows that, on average, digital probate applications are almost twice as fast as traditional, paper applications. Today’s probate solicitors are faster and more efficient than ever, thanks to the digital infrastructure currently in place.

That means digital applications for probate are significantly faster to submit, review and amend where required.

“It’s no surprise,” Says Stephen Mills, Senior Consultant at Legacy Wills & Probate, “that more probate solicitors than ever are choosing to use digital probate applications. You’re less reliant on couriers, the entire process is easier and, thanks to the immediacy of the digital infrastructure, we’re able to carry out changes and reduce stoppage time significantly.”

As part of their commitment to speed up paper probate applications and reduce stoppage time, HMCTS has confirmed that more staff are being trained to handle probate matters, with the goal of reducing the amount of delayed or stopped applications and speeding up new applications. A large number of the new staff comes from the upskilling and further training of current CTSC (Courts & Tribunals Service Centre) staff to deal with intestacy matters.

“From our perspective, waiting for inheritance tax remains the biggest stop in digital probate applications.” explains Mills, “In the event that inheritance tax needs to be paid, as it does with most of our clients, we typically need to wait two, or even three, weeks after the IHT has been paid. Waiting for the Inheritance Tax payments to clear is a frustrating waiting period for both ourselves, and our clients.”

Over the past few months, the number of reports regarding the lack of HMRC confirmation letters and receipts has increased. In England and Wales, where an IHT421 is issued, a confirmation letter is sent out to all parties to say this has been shared with HMCTS.

Recently, HMCTS has announced that it is working with HMRC to potentially automate the data-sharing process. This could help to speed up the probate application process for both digital and paper applications, and significantly reduce the Inheritance Tax stoppage rates.

In addition to their IHT changes, HMCTS has also announced they have finished user-testing with personal applicant forms. The new forms have been designed to make them easier to use and prevent omissions and mistakes, by introducing more specific questions around the condition of the will (including whether it was created using a professional will writing service) and expanding the checklist to reduce delays.

HMCTS currently hopes these forms will be ready by the end of 2022.

“The changes to the forms should really help to speed up the entire process,” says Stephen Wheeler, Managing Partner at Legacy Wills & Probate, “by allowing us to be more thorough and specific in the initial phase, probate applications should become less prone to stoppage time due to omissions on the client-side.”

He adds: “With the current delays, particularly to paper applications, it’s more important than ever to get everything right on the first try. The new PA1A and PA1P forms should help probate solicitors, and personal applicants, across England and Wales to speed the process up, resulting in less stoppage time, shorter waiting lists and more effective service across all manner of probate applications, including intestacy and contentious probate.” 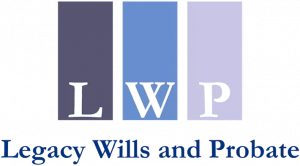 Legacy Wills and Probate operate across England and Wales. We have over 30 years experience in Estate Planning, from a simple Will to complexed Trusts and Probate. We are principally based in the North West, however we have clients throughout…